I used it recently for How to Manage Nursing Care at Home, on sale at Amazon.

https://bookdoggy.com/?utm_source=newsletter&utm_medium=email&utm_campaign=free_sci_fi_womens_fiction_short_story_romance_ebooks_for_wed_dec_27th&utm_term=2017-12-27
Posted by Douglas Winslow Cooper, Ph.D. at 8:03 AM No comments: 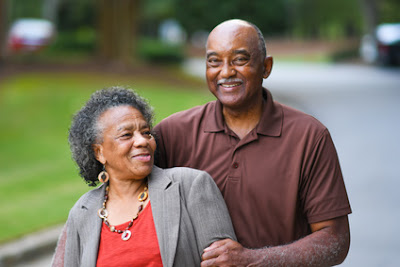 Environment is important. Retirees reporting the greatest satisfaction tended to live in places with the following:

●     Housing with low maintenance costs.
●     Easy accessibility to hospitals, shopping and recreation centres.
●     Very secure neighbourhoods with no need for elaborate security precautions.
●     A sense of community and connectedness.
●     Availability of affordable internet.

A word of warning about emigration; what retirees need least is isolation and exclusion.

Retirement in itself can bring shocks that are difficult to prepare against and has to be eased into gradually. Moving to another country has to be one of the biggest life choices a person can make, and should not be made so soon after retiring.

Along with this, emigrating strips you of some of the supporting factors of the country you’ve previous lived and worked in, the benefits of which may not have made themselves apparent in your former life: the ease in which you communicate, make sense of your immediate environment, partake in the minor rituals of your society (even those that seem to provide no purpose.) and casual conversations.

These can be things that might not seem so important when you go without them for only a week or two, as you would travelling, but there are special occasions and emergencies that throw a new perspective onto things.

Your country and community play a big role in your identity and sense of purpose. Perhaps some individuals would be more fulfilled away from the country they had become accustomed to, but as a general rule we would say: ‘By all means travel, but reconnect to your community!’

As company structure becomes more fluid, responsibility for retirement planning will gradually be transferred to individuals. This goes hand-in-hand with the autonomy we have gained over our work.

Asking ‘How much will I need for retirement?’ is a little like asking ‘How long is a piece of string?’ There is no convenient figure that we can throw out to you. In this section we will take you through some calculations to help land you in your own ball-park figure. You’ll need to consider:

●     The age at which you want to retire.
●     The standard of life you intend to live at, both the baseline amount needed to continue at that level you are accustomed to, but also a higher, more ideal number that would allow you new luxuries (travel, hobbies).
●     Medical expenses.
●     The extent of your investments and assets able to generate an income.
●     If you have a company pension plan, obtain an estimate of its value from your plan provider.
●     The government benefits you are entitled to.


●     The amount that would make you feel comfortably protected from the worst case scenario.


Spanners in the Works

As we have said (perhaps too many times) over this guide; the unexpected will happen. When calculating your absolute baseline, take a second to consider how it would feel if to be confronted with the following occasions:
●     You are made to retire earlier than you would have chosen for yourself.
●     Your spouse, for whatever reason, is no longer able to work in the capacity he or she once did.
●     Your health takes a hit, and your medical costs suddenly inflate.
●     Your spouse, or any family member really, hits a significant milestone and you realise that they deserve spoiling; with something far beyond what they’re used to.
●     You son/daughter is starting university/getting married/entering the housing market, but they themselves have a very low income. Subsequently, they plan to enter the housing market, without a leg to stand on.
●     A secondary income you had relied upon suddenly collapses: The lodger leaves. The deal falls through.

Of course - not all of these problems need to be met by cold hard injections of capital - maybe you have a nimble-minded, cost-free solution - lucky you! - but for the most part cash is the most direct answer to these problems.

Perhaps the most important single piece of advice we could give is this:

Perhaps you haven’t saved.
Perhaps it wasn’t possible to save given your circumstances.
Perhaps time just slipped from your fingers.
Or maybe you did everything right, but it didn’t matter this time:
Perhaps life wasn’t fair.

If you’re reading this, chances are you have lived through an economic recession. The sad fact is that even if you do everything right, things can still go wrong. We can’t prepare for all possibilities. We can’t cover all bases and blind-spots - any of us can be hit hard, seemingly at random.

If you are behind others, you have to make greater sacrifices. You will have to think outside of the box - and weigh up some options that may not make you so comfortable - but remember the severity of the alternatives.

In what ways can you use your existing assets to generate an income? Could you rent a room of your house?

Consider Semi-retirement - This needn’t necessarily be in the same capacity and location of your previous work. You could make use of your experience and time to work on a freelance basis. (www.elance.com www.fivver.com and https://www.freelancer.com are good starting places or you might place ads in the local newspaper.)


This is the continuation of a serialization of this new ebook on active retirement, by a Ugandan, Petero Wamala, and an American, Douglas Winslow Cooper, Ph.D., which ebook is available through amazon.com for $0.99:

Would-be authors are invited to see my site
http://WriteYourBookWithMe.com. 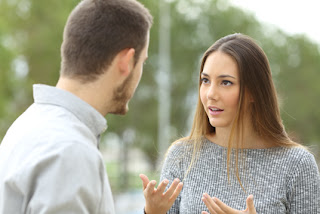 Even some women over 60 have re-entered the dating game, often after a marriage that ended by death or divorce. They hope to find Mr. Right and avoid Mr. Wrong. This year, in his 20th book, Weed Out the Users…, expert relationship counselor Gregg Michaelsen describes three families of the Wrong clan (Users, Losers, Snoozers), and contrasts them with Mr. Right, a man you can link up with, if you are at your best.

This con artist will pose as Mr. Right, initially giving you respect, attention, consideration, perhaps even charming your friends and family. Your first few dates on the town are followed by excuses to stay in, at your home or his. He sizes you up with questions that seem attentive but are calculated to find your vulnerabilities. He’ll continue to date others. You’ll be asked for favors, but get little in return. Soon, you’ll find he is not interested in what interests you. His conversation centers on himself.

Eventually, Michaelsen writes, “He doesn’t listen, doesn’t make plans, and can’t remember your birthday…. He is a narcissist.” The world, including your world, is to revolve around him.

What should you do? Give him time to expose himself…by his actions. Slow down the progression of the relationship and try to observe him objectively. Wait a month or longer before you decide he is worth continuing to date.

He sticks around, more parasite than partner. He won’t commit. Perhaps he’s endured sad break-ups or saw his parents’ marriage fall apart, or…. Whatever the reason, he may think he wants a committed relationship, and you may think so, too, but it is not likely to happen.

“Years could go by before you finally realize he is useless,” Michaelsen writes.

I’m familiar with such a relationship. I advised the lady in question to clear her decks, open up her dance card, make room for someone better…she did, and she has found herself a better man. However, she had “invested” about five years with the loser, mostly a waste of time.

Someone wisely said, “You can’t fly like an eagle if surrounded by turkeys.”

Even one turkey can take up too much time and energy, too much psychological “space.”

Michaelsen suggests an observant four-date sequence to find out what’s true about the man you are dating:

Machiavellian?  Acid tests? Yes, but dating is not playing bean-bag. You are weeding, making room in your garden for the right person.

Don’t despair. Two more types hold promise, the Snoozer, and Mr. Right. Snoozer can be transformed, trained, to become a Mr. Right. Basically good, Snoozer needs care and feeding, judicious use of carrot and stick, and you must present some challenge and mystery.

Michaelsen writes that the snoozers are inconsistent. They reluctantly and sometimes take responsibility in the relationship. Usually, they do not carry lots of emotional baggage from the past, and they can be encouraged to become what you seek, if you identify what needs changing, inspire change, and support the outcome. You are entering into a period of wielding carrot and stick, praise for good behavior, withdrawal for bad. Think of how you’d get a puppy socialized. Effective, if not grand.

At the top of Michaelson’s list of positive attributes of Mr. Right: “He takes 100% responsibility…. the opposite of the victim mentality.” He has goals and plans, enthusiasm, respect for others, reliability…and, furthermore, he is “always in the chase mode,” always wooing you, openly or subtly.

He is always chasing you because you have made yourself into a “high-value woman,” one any self-confident man would want.

“BUILD IT AND THEY WILL COME”

Like creating that mythical professional baseball field in the movie, The Field of Dreams, if you have made yourself a “high-value” woman, you will attract “high-value” men, and you’ll avoid the Users, Losers, and Snoozers.

Are you or a friend dating? How are you distinguishing User, Loser, and Snoozer from Mr. Right?

Douglas Winslow Cooper, Ph.D., is a former Harvard science professor. He still publishes, and he helps others write and publish their books via his business website, http://WriteYourBookWithMe.com. His life's central theme has been his half-century romance with his wife, Tina Su Cooper, now quadriplegic for thirteen years due to multiple sclerosis, receiving 24/7 nursing care at home, as discussed in his latest book.