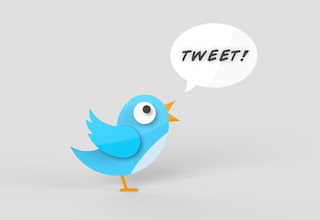 Twitter lets you reach a wide audience with a short message, 140 characters of less, a Tweet. On Twitter I’ve been  twitter.com/douglaswcooper, aka @DouglasWCooper] since June 2009, I have Tweeted 25,000 Tweets and acquired over 12,000 Followers, people who have agreed to let my Tweets pass through their Home page. On the average, my Tweets are seen by about 100 people each time. About 1% to 2% of each time, someone will respond, such as clicking on a link, Retweeting to others’ Followers, being Favorited, or inducing someone to go from my Tweet to my Profile page, where they see a very short biography that mentions my Ph.D., my memoir, Ting and I, as well as my coaching, and shows the link to writeyourbookwithme.com.

As they pass through others’ Home pages, Tweets have a short lifetime, one estimate being eight minutes. About 10% of my Followers are on Twitter during any hour, thus an audience now of 1000, so getting 100 of them to see the Tweet isn’t bad, the rather common 1% response rate out of the 10,000 person base.

Without celebrity, how did I build up to 10,000 Followers? My advice:

1.   Follow lots of people and organization whose Tweets you find interesting. The big fellas won’t Follow back, but they give you Tweets worth Retweeting, which will attract others to Follow you.
2.   Favorite interesting stuff, especially from those you want to befriend. It’s pleasant, positive, and appreciated.
3.   Follow all who Follow you, except those who are selling Followers on Twitter, useless stuff, pushed by people who Follow you briefly then are dropped by Twitter or who drop you.
4.   Almost never criticize others on Twitter.
5.   Retweet links to interesting material.
6.   Keep your promotion of your own stuff to 10% or less of your Tweets.
7.   Be active with the people with similar interests, indicated by hashtags, such as #promocave for writers and #tcot for conservatives on Twitter, for me. Retweet and Favorite their material, and they will do so for you, spreading it to a wider audience.
8.   #promocave in particular, run by @JorgeOlson, started with a campaign to get writers to Follow each other, and moved on to promoting books and sharing writing advice. It seems to be a labor of love for Olson, although promocave.com is an affiliate marketer for Amazon, and books that are bought by clicking through from promocave.com earn the site some money. I don’t do affiliate marketing, as I don’t want to seem to have a conflict of interest, perhaps recommending books only to get paid.

I don’t know how many visits to tingandi.com were induced by Tweets of mine, and I certainly don’t know if I sold any books that way, but I did get one valuable writing partner through Twitter and one bogus potential client from Nigeria, whose name I keep on my personal list of clients…to keep me humble.

In mid-2011 as I was finishing Ting and I, I started a WordPress blog, douglaswinslowcooper.blogspot.com, to gain another outlet for free promotion of me and my stuff. I serialized my memoir on the blog, right after it was published, gaining it another 100 for-free readers on a typical week, and since it was written as a message book rather than a commercial book, I was pleased.

I posted material I wrote for the Orange County Chamber of Commerce and some local businesses and posted articles that were later published elsewhere.

Once I started getting writing clients, I got the permission of some of them to serialize their books after they were published, giving them and me a boost. In one case, I serialized only the odd-numbered chapters, at the co-author’s request.

I blogged articles of mine on writing, many of which are the backbone of this book, and when I wanted to recruit more clients, taking the advice of my marketing adviser from SCORE, Edison Guzman, I blogged “Why Would a Former Harvard Professor Want to Help You Write Your Book for $25 per Week?” and “7 Questions Answered about Writing and Publishing with a Book Coach.” I also wrote “The Subjunctive Mood” and “---ing: Participle or Gerund” and put some of my 60-odd reviews written for Amazon on the blog. These posts each averaged a hundred views.

I pointed people to my coaching blogs via Facebook, and the coaching blogs themselves had a video of me and had the writeyourbookwithme.com link and a “Call to Action” to go to that page. A couple of my new clients, at least, can be credited to the blog-website combo. And I had fun writing and posting.

The exposure was “free,” unless you considered what my time was worth in doing it.

Excerpted from my Write Your Book with Me, published by Outskirts Press in paperback and ebook formats, available from amazon.com and bn.com and other online booksellers. My writing-coaching-editing site is http://WriteYourBookWithMe.com.
Posted by Douglas Winslow Cooper, Ph.D. at 5:50 PM