Be Outstanding, I, from WYBWM 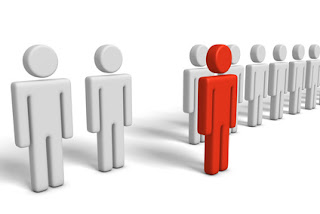 Life can only be lived forwards,
but it can only be understood backwards.
Soren Kierkegard

In his recently published The Ingredients of Outliers, physician-lawyer-businessman John Shufeldt, MD, JD, MBA, has written a succinct recipe book for personal achievement, for becoming outstanding, an “outlier,” in your field. In statistics, an “outlier” is a rare case, and in life, outstanding excellence is rare and treasured.

HUMILITY: The Root of Success

Dr. Shufeldt gives examples from his life of instances where ego has gotten in the way of success. Teachers will tell you that you cannot learn what you think you already know. The Bible admonishes, “Pride goeth before a fall.” “Egotism is the glue with which you get stuck on yourself,” according to writer Dan Post. Inspirational author Vernon Howard advised, “Extinguish the ego.” Poet Rudyard Kipling urged us to view seeming success and seeming failure as two “impostors,” and not be swayed by them.  An unrealistic view of ourselves is unattractive and can lead to serious miscalculations.

FAIL FAST: The Gift of Failure

“All successful people were failures along their journey---the only difference is that they learned and persevered,” writes Dr. Shufeldt. Recall that Abraham Lincoln lost several elections before becoming President of the United States. If you are always succeeding, you are probably not challenging yourself enough, not reaching for sufficiently high goals. We can learn from our failures but not from inaction.  Marian Wright Edelman is cited as noting, “Failure is just another way to learn how to do something right.” The more you try, even if failing, the more you learn, and quicker is better.

Dr. Shufeldt begins this section by recalling the courageous persistence of George Washington and the Continental Army in its War for Independence from Britain, during most of which conditions were brutal and defeat seemed likely. Billionaire industrialist is quoted as H. Ross Perot lamenting, “Most people give up just when they are about to achieve success. They quit on the one-yard line…just a foot from a winning touchdown.” I love the quote from American essayist Christopher Morley, “Big shots are only little shots who keep on shooting.” Steve Jobs is cited as indicating that half the battle in being successful is simply perseverance.

PREPARATION: “When the Wind Blows”

American Boy Scouts have as their motto, “Be Prepared.” The U.S. Coast Guard has essentially this as their motto, too, in Latin: Semper Paratus, “always prepared.” For most activities a great way to insure you are prepared is to have a check-list, just as airplane pilots and astronauts use to prevent overlooking anything important. Benjamin Franklin is quoted, “By failing to prepare you are preparing to fail.”

Dr. Shufeldt quotes playwright and essayist George Bernard Shaw, “The single biggest problem in communication is the illusion that it has taken place.”

To communicate successfully, we need to check and re-check that our audience has heard and understood our message. In college I was told that in giving a speech, you should “tell them what you are going to say, then say it, then tell them what you have said.”

Speak and write simply where possible.

Don’t cross your arms or clench your fists, nor roll your eyes in response when spoken to. Maintain eye contact. Don’t speak and run, commenting as you fly by. Use proper grammar and spelling. Avoid empty sounds, like “uh” and “you know.”

If someone stops listening to you, stop talking. When others talk, listen carefully, as listening well is a key to understanding and successful communicating.

In his poem If, Rudyard Kipling advises, “keep your head when all about you are losing theirs and blaming it on you…trust yourself when all men doubt you….” In a crisis, calm is key; one must make haste slowly. One does not want to be like Chicken Little, who thought the sky was falling and ran around alarming the other farm animals. Dr. Shufeldt quotes the late Reverend Norman Vincent Peale (1952): “The cyclone derives its powers from a calm center. So does a person.”

TOLERATING RISK: Being a Doer, not a Dreamer

Dr. Shufeldt emphasizes that entrepreneurism is risky, quoting the joke that “the way to make a small fortune in business is to start with a large fortune.”

Sure, most new businesses go broke, but some succeed and some make it big, which may appeal to you. Shufeldt has been involved with successes and failures and knows “try, try again” has got to be balanced against “don’t beat a dead horse.” As the song goes, “know when to hold ‘em, know when to fold ‘em.” There is a life cycle in new businesses: innovator, imitator, idiot.

If you want to run a business, let me recommend you read Kevin D. Johnson’s  (2013) The Entrepreneur Mind, with his discussion of 100 characteristics of the successful entrepreneur. You have to be a visualizer and an actualizer.

KINDNESS: The Art of Paying it Forward

Dr. Shufeldt gives several examples of lives changed by simple acts of kindness, including that of Frederick Douglass who became outstanding writer, publisher, and orator despite being born into slavery. We are urged to go beyond WIIFM [What’s In It For Me]. Dr. Shufeldt maintains that his own acts of charity have in fact ended up benefiting him even more. Mark Twain is quoted, “Kindness is a language which the deaf can hear and the blind can read.”

Excerpted from my opus, Write Your Book with Me,  published in 2016 by Outskirts Press, available from OP and online booksellers like amazon.com and bn.com. 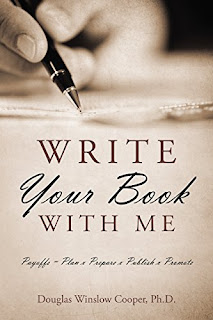