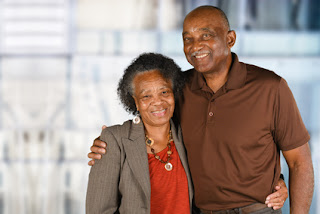 “The future belongs to those who believe in the beauty of their dreams.”
Eleanor Roosevelt

Retirement
Age is a fundamental law of life.

You have aged, just as you are aging and as will continue to age. Perhaps not a pleasing fact, but one we have to look dead in the eye; we will suffer a degree of pain, and isolation. Our bodies will become sluggish, our skills less sharp, and - in case there’s any doubt - our lives will come to an end.

Take just a second, Imagine that as you die you reflect upon, or confront, the story of your life. It would be, one would hope, a story that we would be happy for our children and grandchildren to tell well into the future. This book is about creating that story.

And imagine, if you can, what it would be like to think your final thoughts. It would not be, one would hope, a vicious piece of gossip, a concern about finances or a worry about social status. If able to really put ourselves into the seriousness demanded of that moment, there would probably be one or two thoughts worth having, and hopefully no regrets - no unexpressed guilt, gratitude or love.

This is also a book about wiping that slate clean, so that ‘the final thought’ can be unpolluted by nonsense, noise and ego…leaving the world without regrets.

Although that was a rather morbid introduction, this is a book about living.

Living, as opposed to winding down, closing up, stepping back, or switching off.
Living, as in fighting back: against expectations, against fear, against misery and gloom.
Living, as in doing that thing you always meant to do.

Retirement is not what it once was. Every day medical researchers from all around the world push themselves to raise the ceiling of our life expectancies, our levels of comfort, and our capacity to act.  People are living longer, and are active longer.[1, 2, 3]

These days ‘Retirement’ almost seems to be the wrong word, given that it can account for quarter of your life. At the age of 65, it is predicted that we have another 20 years in us! [2,]It’s even possible, if you retire early and live a long life that retirement can take up half of your years on this planet!

So, lifespan has increased, but has life-style adapted?

No. In most cases, not yet.

What’s more is modern freedom;  The freedom to work as we please, where we please, and if we please - the freedom to learn for free, in the convenience of our own homes, that for which only decades ago you would have needed a pricy teacher. Work and information are there to pick up and to put down as we please, today there are online teaching programs, architects can design houses online and so forth. In a sense, you are the current result of the path human civilisation has taken. Centuries of work and progress have resulted in whatever health and freedom you now have. We have now, unique to history, the opportunity to become what we dream of becoming. Even the strictest of pessimists has to agree with that:

Nobody has lived in a world as modern as the one you live in today.

And here’s the hypothesis this book aims to explore:

Nobody before us has had the same luxury of freedom as we have today.

The question is: How are you going to make the most of it?

What This Guide Covers

I’ve heard it said (I’m afraid I can’t remember where) that many motivational books and speeches do have a significant short-term effect on their audiences, but that people essentially need ‘topping up’ with optimism after this wears off.

Our goal is quite different - We don’t aim to motivate you through emotive, but ultimately content-less language, but rather to present a series of facts and findings that hopefully allow you to come to the same conclusions that we have - That retirement can be the beginning of something hugely satisfying.

Alongside our general points we have created some ‘case-studies.’ These can’t exactly be called fictional or nonfictional, as they are a collage of real people and problems, ‘tuned-up’  in order to bring out their emotional context – normally, anecdotal evidence carries no persuasive heft, and those who prefer cold statistics just roll their eyes; we make no claim to objectivity in these sections.

Such anecdotes, in giving a human face to the issues, will hopefully help you empathise with them. But it’s important, as you read this book that you pause and imagine the emotions such events and actions would cause in your own life.

In structuring this guide, we faced a question of balance: how could we write a guide that doesn’t shy away from certain dark realities, that doesn’t patronize our readers by sugar-coating them, but also ultimately leaves them with a grounded optimism?

With that in mind, this guide or at least sections of it should be visualized as a journey into a dark forest, which although daunting, does indeed have an exit.

So, if you are to accompany us any further, please make sure to push through to the other side…!

If You Only Read One Page of this Guide…

The Push and Pull

‘I have never liked working. To me a job is an invasion of privacy.’
Danny McGoorty

Approaching retirement is a tumultuous time in our lives. It’s perfectly natural to feel a mixture of emotions at this stage - and not all positive!

Perhaps unsurprisingly, the biggest push into retirement is job dissatisfaction [4], but more than this, it is a lack of engagement. [5]
This isn’t necessarily accompanied with an explosive finish; a screaming match with the higher-ups and a dramatic scene where you ‘hand over your badge.’ Many experienced people bow out of the workforce after years of a gradual ‘squeeze,’ not from one dastardly individual, but rather changes in the entire industry, shifting in the background like the tectonic plates beneath our feet.
Companies need an inflow and outflow of members. As these changes occur, senior members begin to feel uneasy - especially in technology-centred fields - they feel they are the viewed as expendable.

There’s the double-edged sword of seniority - the most senior members, being the most experienced, are more prone to feeling undervalued, but also more capable of sensing when other members of the team are guilty of poor reasoning.

Along with any growing resentment a dangerous thought gradually creeps in:
‘Hey... I don’t have to put up with this anymore…’
For an increasing number of people, retirement is involuntary; maybe no one person has had a difficult conversation with them….

The biggest pull into retirement is marriage satisfaction. There’s an old joke of a wife, on hearing her husband has chosen to retire, saying, ‘I said I’d stand by you for better or for worse - not hanging about in your pyjamas.’

And also health - retirees have more time to invest in their own health
and wellbeing. [6]

Is retirement the ‘winter’ of your life?
That might seem like negative wording, but in some ways it is apt; retirement does take up roughly a quarter of your life span. (And, personally, winter puts me in mind of snowballs and Christmas with my family, so I’m happy with the concept.)
But this is a book about bravery: about facing our problems with optimism. Ultimately, you are an individual and will have to judge your problems and will have to set your own goals and limitations. You will set the standards, because now you have the freedom to invest your own time.

In the next section we will see some individuals who had the audacity to break some of those rules - The Exceptions.

They show us that if retirement truly is the winter of your life, let’s not forget about Christmas and snowball fights!

Give yourself a score from 1-10 on each of the following areas, 1 meaning that you’re rock-bottom hopeless, and 10 meaning you’re a master of the area, someone we should all go to for help of the subject:

Nowadays exceptions to the trends are not hard to find.

The most immediate to hand is that despite both being past the age of retirement, Hillary Clinton and Donald Trump fought it out over the position of President of the United States - the most powerful, responsible position on the planet.

And there are no shortage of rock stars who, despite having abused their bodies for decades, still live their lives to the fullest whilst pushing eighty. (Recently, Mick Jagger has had his eighth child, despite being 72 - not that this is really advisable.)

But let’s have a look at some of the greats - and of course, maybe you’re not quite in the triple digits yourself, but what inspiring precedents they set!

The point of all of these examples is that, although there are general rules to aging, there are people who refuse its terms, whether due to passion or just some automatic compulsion of theirs.

So, before you resign to an armchair and pipe, consider the fact:
You could still show us what is possible.