WALLS AND FENCES AND RULES 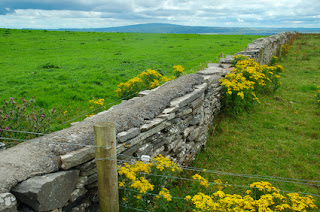 That great American poet Robert Frost wrote (in “Mending Wall”), “Something there is that doesn’t love a wall….”

A wall falls apart if not maintained. Those it hinders work to destroy it. In some places it is wholly unneeded.

Frost has his farmer’s neighbor maintain, “good fences make good neighbors.” Walls keep them from encroaching on each other’s prerogatives to use their own land unimpeded.

Frost’s protagonist thinks, “Before I built a wall, I’d like to know what I was walling in or walling out, and to whom I was like to give offence.”

Yet both neighbors continue to maintain their wall, even where it seems unnecessary.

President-to-be John F. Kennedy (in 1945) quoted British author G.K. Chesterton, “Don’t ever take a fence down until you know the reason why it was put up.”

Reformers who would dismantle laws or rules or fences or gates or walls should first demonstrate they understand why they were erected originally, then show why they should be dismantled.

The simplest one-celled organisms have cell walls that are crucial to their survival, protecting the inner components from the environment, while letting selected materials pass through the cell walls, in and out. Tissues and organs are formed by the congregation of cells with walls that allow necessary functions to be both localized and shared.

Without boundaries, we have no identity.

Certainly, walls can be a nuisance, but, as Frost’s farmer’s neighbor says, without the poet’s unequivocal endorsement, “Good fences make good neighbors.” I agree.

Posted by Douglas Winslow Cooper, Ph.D. at 9:04 AM