Writing about Politics, from WYBWM 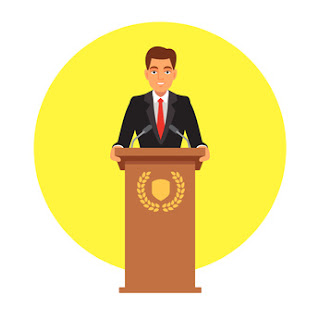 Americans are strongly divided politically: some on the left, right, in the middle, and in a muddle. There’s lots of interest in politics, and that interest will increase as we approach the presidential elections in 2016.

Feel free to write about your convictions, but know that your voice is likely to be drowned out by the multitude of experts, pollsters, commentators, editorialists, candidates, and past and present political advisers.

If you have celebrity or even renown, or if you have a reasonable hope of becoming known, then by all means write your political polemic. Those who agree with you will tend to rate it favorably, and those who disagree will tend to disparage it. Perhaps some independents will be swayed.

I recall a study that showed the same material branded as either “Republican” or “Democrat” received higher or lower marks depending on whether the readers classified themselves as Republican or Democrat. “Where you stand often depends on where you sit.”

As with much nonfiction, this genre will include a mix of facts and opinions, with, hopefully, some logical connections.

Although it has been said that we cannot each have our own set of facts, the truth is that there is such a multitude of data comprising our world that, between what we select and what is pushed upon us by the sources we know and trust, we end up predominantly with the facts that support our preconceptions.

I’ve watched the controversy over man-made global warming for the past many years. Being a retired scientist, as well as somewhat of a political junkie, and recognizing the cost and potential importance of controlling carbon emissions if they have to be controlled or enduring a significant change in the climate if that’s what not controlling them would cause, I have been amazed by the ability of each side to cherry-pick the data so as to present plausible cases for and against stringent controls of fossil fuels in order to prevent anthropogenic global warming. Are we warming naturally, as we emerge from the Ice age of ten thousand years ago? Are we warming dangerously because of emissions of carbon dioxide and other gases? Are there feasible solutions? Pick your expert, pick the periodicals and newspapers you typically read, pick your political party, and you’ve picked your answer.

To go from facts to conclusions, one needs logic. Sometimes fallacies are evident. Sometimes the technical analyses of the data, often statistical analyses, are baffling. Experts in the field will disagree on how much significance to give to small changes in measured quantities. Some will see the changes to be within the range of random variation, while others discern the troubling or reassuring trend.

Conclusions follow from facts and analysis, but even there we have to add another step in order to reach opinions: valuation.

Opinions are often based on values, rather than simply being the restatement of conclusions supported by facts. As anyone who has argued with someone from the opposing political philosophy knows, even agreement on facts and conclusions does not necessarily produce agreement on policies, because policies involve trade-offs, balancing values among competing parties.

One of my writing partners, Judith Axtell, whose But…at What Cost I edited, wrote of her gradual move from being rather traditionally liberal and Democrat to being rather solidly conservative and Republican, over the course of her 70+ years of life. She hoped that her example and her arguments would encourage those on her side and perhaps move some who disagree with her to reconsider their positions. She especially hoped that members of her own family would more clearly understand where she is now coming from. At the least, she got what she had to say “off her chest.”

Another of my writer-coaching clients, Shaun Adkins of West Virginia, is finishing his Squashing Liberalism, with hopes of following the trail blazed by conservative stalwarts Rush Limbaugh, Ann Coulter, Mark Levin, Glenn Beck, et al. He already has gotten an Internet radio show, so he may be on his way to fame. Having published his book won’t hurt.

Excerpted from my recently published Write Your Book with Me, available from Outskirts Press and from online publishers like amazon.com and bn.com.