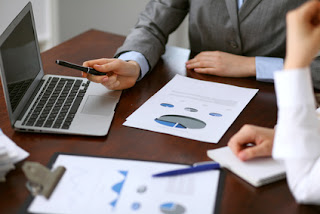 Twenty-six years ago, the late Stephen R. Covey rocked the personal-growth and keys-to-success world with his book The 7 Habits of Highly Effective People, a bestseller that made him famous.
Before detailing the 7 habits, Covey (1989, 2010) distinguished his approach from that of so many of his predecessors in the human-development field, men like Dale Carnegie, whose How to Win Friends and Influence People was itself highly popular and certainly influenced me in my youth.
Carnegie (1937, 2010) and many others emphasized a “Personality Ethic,” showing how to interact with others so as to make them like you and agree with you, techniques that can lead to promotion and popularity.
Covey’s review of the “success literature” of the prior two centuries convinced him “much of the success literature of the prior 50 years [post-W.W. I] was superficial….filled with social image consciousness, techniques and quick fixes…[but] left the underlying chronic problems untouched to fester and resurface time and again.”
This Personality Ethic had two branches: the skillful, sometimes deceitful, management of our public and private relationships and the maintenance of a positive mental attitude.
Covey stressed something very different, a “Character Ethic,” following the lead of such thinkers as nineteenth-century New England essayist Ralph Waldo Emerson who stated, “What you are shouts so loudly in my ears that I cannot hear what you say.” Covey urged “things like integrity, humility, fidelity, temperance, courage, justice, patience, industry, simplicity, modesty, and the Golden Rule.”
The Character Ethic taught that these virtues were necessary for meaningful, satisfying success. The inner determines the outer. “You can’t change the fruit without changing the root.” The Personality Ethic emphasized techniques designed to put on a successful show. People catch on to phoniness, usually, eventually. At the least, we ourselves know when we have not been authentic.
Covey chose to call his essential principles of successful living “habits,” following Aristotle, whom he quoted, “We are what we repeatedly do. Excellence, then, is not an act, but a habit.” He also quoted educator Horace Mann to the effect that habits are like a rope that is formed by the addition of multiple threads, our regular actions, making it strong.
Covey noted that habits combine the knowledge of what to do and why, with the skill and desire to do them. He then described the seven habits of highly effective people.

Habit 1: Be proactive. To succeed, you need to have vision and then to take action based on it. Who are you and what do you want to become? Visualizing your goals will help you reach them, as a compass tells us directions and a beacon draws us to it. The North Star served this purpose for ancient sailors. Knowing True North helps you find the route you need.
Who are you? Having a proper vision of ourselves is difficult. Are you what your genes dictated or what your parents inculcated or what your significant others have demanded? Covey cites author, psychiatrist, Holocaust-survivor Victor Frankl (2006), who wrote he realized in the Nazi concentration camp that he could choose how he viewed himself and his situation and thus how he would allow it to affect him. Four centuries ago, Shakespeare wrote, “for there is nothing good or bad, but thinking makes it so.” We can, we do, and we must, choose.
To succeed, we must anticipate, respond, and examine the results of our response to determine its suitability. How does this apply to writing and publishing your book? If you don’t know where you are going, you won’t get there.

Habit 2: Begin with the end in mind. Covey asked his readers to imagine attending their own funeral and ask themselves what they would like to be said about them in the eulogy. What would we want to be remembered for? How would we view our life in retrospect? In the shorter-run, we have projects we undertake that would prosper more fully if we started out with a clear idea of where we wanted them to end. Granted, some undertakings cannot have their outcomes clearly envisaged, but the end results become clearer as the efforts progress.
Without a clear picture of our goals, they are unlikely to be fulfilled. As Diana Ross sang,

Do you know where you’re goin’ to?
Do you like the things that life is showin’ you?
Do you know?

…Now looking back at all we’ve planned
We let so many dreams just slip through our hands….
You want to write a book, a worthwhile book, one that helps others and helps you. That’s where you are going.

Habit 3: Put first things first. Set priorities and keep to your plan to meet them. Covey quoted the great Goethe, German writer and statesman and philosopher, “Things which matter most must never be at the mercy of things which matter least.”
Covey asked us to identify one thing we could do regularly now, that we aren’t doing, that would make a great difference in our lives. He wrote that leadership is identifying what the “first things” are, and management is seeing that they get done.
Self-management requires self-discipline, a result of exerting your will. Covey urged that we “organize and execute around priorities.” To help us, he focused on the urgent, that needing to be done soon, and the important, that contributing to our mission. Concentrate on those things that are important. Try to eliminate, or streamline, your efforts on the unimportant.
You have decided to write your book. Set aside the time and place to do it. Eliminate or at least minimize distractions. Do something to further the project every day.

Habit 4: Think win/win. Make your interactions with others such that both you and they come out ahead, the Golden Rule applied. Set incentives for your team such that cooperation is rewarded, interdependence promoted. In negotiations, aim for “win/win or no deal,” and avoid “win/lose,” where you benefit and the other does not. In a civil dispute, try to get something for both sides, and resist the temptation to “sue the bums.”
Giving in can be inappropriate if you find you have a pattern of “lose/win,” yielding when instead you should be sticking up for yourself. A lot of that will leave you resentful and an enabler of bad behavior by others.
Two egotistical types will often let a dispute devolve into “lose/lose,” the scorched-earth divorce behavior depicted in the 1989 film classic The War of the Roses, in which Michael Douglas and Kathleen Turner wreck what each other values.
Personally, I tend toward “tit-for-tat,” or “what goes around comes around,” starting by being friendly rather than hostile. Christ taught us to “turn the other cheek,” accept injury, but even He drove the money-changers from the temple. Some offenses cannot be ignored.
Covey promoted “win/win or no deal,” putting the burden on both sides to take into account the legitimate interests of the other.
You will need the help of others in preparation, publishing, and promoting your book. Make sure their interests are served, too.

Habit 5: Seek first to understand, then to be understood. Covey called communication “the most important skill in life.” That dovetails with his belief in the need for interdependence rather than independence. Reading, writing, talking, listening are the four major aspects of communication, and we are trained in all but listening. Often we advise before we understand.
“Most people do not listen with the intent to understand; they listen with the intent to reply….either speaking or preparing to speak….filtering everything through their own paradigms….” In truth, often “where you stand depends on where you sit,” what your situation is. Too often we project our view of the world onto what is really rather different. We see the world through the filter of our preconceptions, as the Bible says, “through a glass, darkly. “
Covey chided the father who told him, “I can’t understand my kid. He just won’t listen to me at all.” If you cannot understand your child, it is likely that it is you who has not been listening.  We need to listen with the intent to understand before insisting on being understood.
It has been said that communication is the heart of love.
Your book will reflect your ability to understand as well as your ability to communicate. “Seek first to understand….”

Habit 6: Synergize. Synergy is when “the whole is greater than the sum of its parts.” Beneficial interactions take place. Creativity increases, as in group brainstorming to solve problems. Cooperation introduces new ways of accomplishing goals. Here, diversity pays off, through specialization, diversification, division of labor and cooperation.
As you plan and prepare your book, feel free to discuss it with others, either just the subject matter or the entire book project.

Habit 7: Sharpen the saw. To cut wood, sometimes it is more effective to take time out to sharpen the saw, rather than continue to labor with a dull blade. Similarly, in our lives in general, a certain amount of “balanced renewal,” Covey’s term, is needed: physical, social/emotional, spiritual, and mental. We “sharpen the saw” in these four areas when we exercise and eat more carefully, interact with others empathetically, study and meditate, read and write and plan.
We invest and later spend. Because “the inner determines the outer,” self-improvement is of great value.


Some habits are worth acquiring. You will find these seven worth applying to your writing.

Excerpted from my WRITE YOUR BOOK WITH ME, published by Outskirts Press, available from OP and from online booksellers like amazon.com and bn.com. Ebook free on request from my site http://WriteYourBookwithMe.com.
Posted by Douglas Winslow Cooper, Ph.D. at 5:04 PM