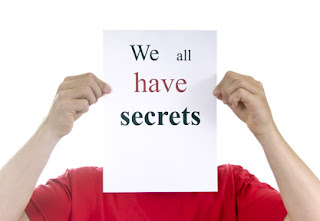 I almost got paid to write some books rather than to coach or edit. For nearly a day this prospect had me feeling high.

A representative from “Fake Publishing” (not its actual name) contacted me on Twitter, where I am active in writing about politics, science, and writing. He indicated he had liked what he had read of mine, went to my site, writeyourbookwithme.com, and liked that, too. He asked whether I would be interested in getting paid to write books for his company.

I responded that, depending on the topic, this would suit me just fine, and I offered to do so for a few cents per word. He continued to be interested, and we scheduled a phone conversation for the following morning. Excited, I went through my 300-odd blog entries and my monthly articles for asiancemagazine.com and my memoir, Ting and I, and came up with dozens of possible topics I could write up for them. I assumed we would be discussing his needs and my suggestions and come to a “meeting of the minds” on a topic. Money was not my paramount consideration, although it is the sincerest form of flattery.

When we spoke the next day, it became clear that what he wanted was ghostwriting. He said he was impressed with my credentials and my writing and that Fake Publishing has orders for books that professionals, like doctors, pay to have others write for them. The real author is to be a “ghost,” not to be credited in any way, but rather the “professional” is to be the person associated with the book.

I said I would not do this for two reasons: First, some credit (even in the acknowledgments) is part of the reward for writing the book. Second, and more important to me, participating in what I see as fraud is distasteful. Claiming credit for a book one did not write is a form a plagiarism, big time, despite its being quite common---for politician’s books, for example.

Years ago I helped a very successful writer who had gotten wealthy, partly through ghostwriting books. He paid me for the bulk of my contributions, which he used for part of the book he was writing for a doctor, but he stiffed me for the last 20% of what I wrote. I was helping him ghostwrite a book. Perhaps I was aiding and abetting fraud. I should not have been surprised that, to a degree, he cheated me, too. The adage goes, “You can’t cheat an honest man.” I might add, you are likely to be cheated when dealing with a dishonest person.

If you are dealing with a professional who claims to have written a book, beware. Check his publishing company out, if you can. I’d give you this advice: don’t trust a plagiarist or his enablers.

Excerpted from my recent book, Write Your Book with Me, published by Outskirts Press and available through OP and online booksellers like amazon.com and bn.com. Next section gives a different opinion from a ghostwriter herself.
Posted by Douglas Winslow Cooper, Ph.D. at 1:32 PM