From WYBWM, "Elements of Style, I" 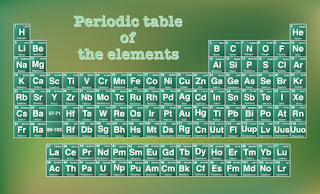 Excerpted from my recent WRITE YOUR BOOK WITH ME,
where I illustrate and comment on the rules.

Communication is at the heart of human relationships: reading, writing, speaking, listening.
“Writing means sharing. It’s part of the human condition to want to share things --- thoughts, ideas, opinions,” wrote Brazilian novelist Paulo Coelho.
Use care: what you write often impacts others much more and lasts far longer than what you say. How well you write influences the opinions of others about you.
I describe here a valuable and inexpensive little book [only 105 pages long] that will help you write better and avoid the most common mistakes. Originally written and published a century ago by Cornell University Professor William Strunk, Jr., and updated decades later by E.B. White, this classic text on writing, The Elements of Style, has guided myriads of writers and editors through the thickets of English usage, grammar, and form.
Here are excerpts from Strunk and White‘s “little book,” with its original words in boldface, followed by my own examples in italics and by my comments:

I. ELEMENTARY RULES OF USAGE

1. Form the possessive singular of nouns by adding ‘s.
A dog’s life, Tom’s pen, and Charles’s paper are right. Note that possessives of plurals that themselves end in s take only the apostrophe, so we have: several friends’ birthdays. Plurals not ending in s do take ‘s: the children‘s hour.
2. In a series of three of more terms with a single conjunction, use a comma after each term except the last.
This, that, and the other all qualify.
3. Enclose parenthetic expressions between commas.
It is best, at least most of the time, to avoid parentheses.
4. Place a comma before a conjunction introducing a co-ordinate clause.
This is often done incorrectly, but it is important.
5. Do not join independent clauses by a comma.
This is also often done incorrectly; it is important to use a semicolon instead or start a new sentence.
6. Do not break sentences in two.
Be sure. Not to. Or only rarely!
7. A participial phrase at the beginning of a sentence must refer to the grammatical subject.
Trying to write well, you should heed this rule.

8. Make the paragraph the unit of composition: one paragraph to each topic.
This can be tricky, as “topic” is a slippery term. Lately, short paragraphs have become fashionable, and they are effective.
9. As a rule, begin each paragraph with a topic sentence; end it in conformity with the beginning.
“In conformity” does not mean repeating, however. Be more creative as you restate.
10. Use the active voice.
Active: She wrote the poem.  Passive: The poem was written by her.
11. Put statements in positive form.
Do not put statements in this negative form, generally.
12. Use definite, specific, concrete language.
As done in “connecting Asian American women to the world,” the slogan of asiancemagazine.com, where I publish monthly.
13. Omit needless words.
Be pithy, terse, and succinct, avoiding repetition and redundancy, unlike this sentence.
14. Avoid a succession of loose sentences.
Loose sentences are distinguished from periodic ones, where the main idea comes at the end.
15. Express co-ordinate ideas in similar form.
Use parallelism in sentence structure: she wrote the book, and he drew the pictures.
16. Keep related words together.
Make it clear what your modifiers modify.
17. In summaries, keep to one tense.
Generally, use the simple present or simple past tense: it does, it did….
18. Place the emphatic words of a sentence at the end.
Easier said than done.

III. A FEW MATTERS OF FORM

Strunk and White (1999) dissect over 100 troublesome words and phrases, such as distinguishing “disinterested” versus “uninterested.”
Posted by Douglas Winslow Cooper, Ph.D. at 4:28 PM