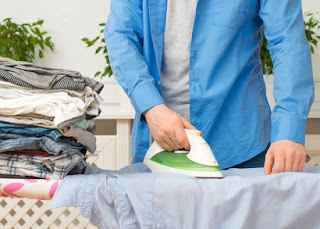 IS IRONY DEAD?
Ten days ago I posted on LinkedIn an excerpt from my recent opus, Write Your Book with Me, giving the excerpt the tongue-in-cheek title “Writing Your Book Is Easy.” I append the piece below as evidence. Evidence? Well, a reader took me to task for writing about myself and giving a bad example. Unless being ironic herself, she seemed to be missing my irony. Here’s what one dictionary tells us about “irony”:

Let’s see how I tried to signal my intent.

The picture accompanying my piece shows someone giving blood, “opening a vein,” so to speak, as in my first major heading.

The title is hyperbole; few would agree that writing a book is “easy,” and I certainly don’t think so, though I am trying to make it easier, as an author and a writing coach.

The first heading is jocularly presenting the task as simple: “Sit. Think. Write. “Open a Vein...,” quoting another writer’s humorous explanation of how to deal with the personal issues that arise.

A few serious paragraphs follow, then we get into an ironic description of how to be a disciplined writer, Self-Discipline Exemplified: No Email until Noon, in which I describe my rather pitiful attempt to set aside distraction and keep writing until noon, the time I had determined that I would allow myself to open email, always more tempting than the “sit, think, write” regimen. I hoped the title of this section would again suggest humorous over-statement. Note “exemplified.”

There follows a tale of my wandering off to get copies of an article about myself and my wife, a piece written by a local reporter.
Quickly we return to the main subject. “Enough about Lara Edwards. Let’s talk about me.” Quite baldly stated, for the reader’s amusement.

Is my ending enough to show the reader how I have been fooling myself? Now that I am home from the printer, I have resumed writing, by writing this. It is already eleven, which is almost noon. I’ll sign off here and check my email.

I had meant this piece to be in the tradition of Robert Browning’s classic poem, “My Last Duchess,” where the monologue by the duke about the wife that he had ordered executed shows her excellence and his obtuse narcissism and cruelty, of which he is wholly unaware…but the reader sees clearly. Well, I’m no Browning. Regretfully.

Is irony dead? In a world rife with self-absorbed foolishness, it may be hard to tell.

Why the picture related to ironing that accompanies this? A pictorial play on words, a visual pun, implying that here I am trying to iron out a misunderstanding. Ironing isn’t quite dead, at least.

WRITING YOUR BOOK IS EASY

Gather your stuff and find a place where you won’t be disturbed too often. Put your working title at the top of your page. Jot down some elements of an outline. For your memoir: crisis, background, aftermath, significance. For your novel: who, what, when, where, why, and how…the journalist’s questions. For your “how to” book: problem, significance, solutions, and resources. You are on your way!
Next, start adding details to the outline. Try the mind-map. Do some writing. Build momentum.
Check the clock. Ideally, you would measure your effort by results, such as word count, or sections completed, but at the very least you can mimic our governments and measure the inputs, your time. Determine to sit there for 30 minutes or even an hour.
Have a goal for your output, or your input. Keep it simple. Keep track.
“Open a vein” if personal revelations or strong, emotive language is needed. Tap your inner comic or your inner tragedian.

Finding time is as “easy” as getting up early or turning off the television. The news is repetitious anyway. You’ve seen sports before. The commercials waste your time. [Aversion therapy for the TV-addicted.] Finding space requires closing doors or going elsewhere. These take discipline and practice. I’ll show you next how I handled the need for self-discipline toward the beginning of my writing career:
Self-Discipline Exemplified: No Email until Noon
“No email until noon.” It is a simple rule, designed to reduce the distractions plaguing this novice freelance writer. A person of stronger character could peruse his email, look only at the most pressing items, and get back to writing. Not me. Better, “Not I.”
I established this email rule yesterday. The allowable exceptions are yet to be determined. After I called our printer this morning, I broke it. They had sent me files I really wanted to look at. The files were from a two-page spread in our local weekly paper, with pages 4 and 5 all about Tina and me and my just-finished book, Ting and I: A Memoir of Love, Courage, and Devotion. I had to read it.
The paper’s editor had given the assignment to a “stringer,” a part-time, freelance writer, who herself is a poet and author, Lara Edwards.
“This one is for you” or words to that effect, the editor had said. He did not assign it to the writer who covers our local “beat,” town meetings, open-air market openings, etc.
Ms. Edwards, daughter of a highly educated Turkish and American couple, a social worker herself, was the right person to do the piece. She did a magnificent job, breaking the first rule of journalism as practiced today: she read the book before interviewing me. She came prepared, adapted well to our conversation, wrote an article too good for the editor to abridge.
Enough about Lara Edwards, let’s talk about me.
Rather than continue writing, I drove down to the printer and arranged to get one hundred copies of the article. Admittedly, I don’t have that many friends and family members, but someday I will be sending the copies to people I hope will review the book. I may also hand them out from a stall at a county fair, to entice the rural visitors to buy our book about an interracial couple who have dealt successfully with the challenges of almost twenty years of separation, followed by Tina’s increasing disability due to multiple sclerosis.  It’s upbeat, inspiring. I swear it is.
Now that I am home from the printer, I have resumed writing, by writing this. It is already eleven, which is almost noon. I’ll sign off here and check my email.

You can see the LinkedIn version at

https://www.linkedin.com/pulse/irony-dead-douglas-cooper?published=t
Posted by Douglas Winslow Cooper, Ph.D. at 6:52 AM