Writing Your Novel, from WYBWM 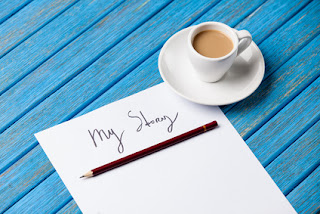 Let’s address here some other aspects of the novel.

Themes: What is the point of your story? The unifying idea? You may even have some sub-themes.

Plot: Evans (2015) likes eight ways (the Chinese also think eight a lucky number) and presented “eight ways to develop your plot,” to wit: 1. Have a goal. 2. The goal should entail consequences, gains and losses. 3. Mini-goals, requirements, must be satisfied along the way. 4. Forewarnings, events that suggest ultimate failure, should occur. 5. Costs must be paid in pursuing the goal. 6. Rewards will come, too. 7. Prerequisites, sub-goals, must be achieved. 8. Preconditions, plot complications caused by others, will intrude. Finally, the protagonist clearly succeeds or clearly fails, so the reader has the basic question resolved.

Settings: Your scenes occur at specific times and places. What are they? Describe them clearly and consistently.

Characters: Write up for yourself a dossier on each one, know each well and write some of what you know into the book as description or motivation. Evans (2015) gives eight ways to develop compelling characters: 1. Introspection, show them thinking to themselves. 2. Make them opinionated. 3. Put them at risk. 4. Set up a love triangle or similar competition. 5. Have them behave differently in their group than they might if alone. 6. Give them some weaknesses if they are heroes and some virtues if they are villains. 7. Give them grudges, scores to settle. 8. Have their everyday interactions become unglued.

Action: We get from one scene to another often through action. Events and actions create problems and opportunities.

Dialogue: The characters come alive in their interactions, including talking to each other. Dialogue can also give the backstory in bits and pieces, by allusions to events in the past. Conflicts develop and get resolved partly through speech. Word choice and diction can tell us about the intelligence, education, even some of the experience of the characters. If you have a good ear, and I don’t, you can try to capture the particulars of dialect, but make sure your reader can understand what is being mumbled or said with a drawl or a brogue.

Arcs: An arc is a curve. A story with an arc will have a starting point, improvement or impairment, and an ending point. If it is U-shaped, the character will start high, hit a low, and eventually recover. For the inverted U, we have someone in trouble, rescued, only to fall back. Sometimes the arc will be wholly rising or wholly declining. It has been said that the problem with “middle-class tragedies” is that the hero has nowhere to fall from. Over time, the protagonist or the situation or both must change. Some element of returning has value. In Voltaire’s Candide, the “heroes” (“protagonists” in more formal terms), Candide and Dr. Pangloss return after traveling far and enduring much and decide to [spoiler alert: do not read the rest of this sentence if you plan to read the novel] tend their own gardens.
It is said that there are four plots: hero pursues something, gets it or doesn’t, is happy or unhappy with the result. That sounds too simplistic.

Foreshadowing: Generally this is a warning. If the enemy giant is approaching, you might first see his shadow. Time to run or get your slingshot. More broadly, foreshadowing gives the reader hints about what is to come so that it later seems plausible.

Cliff-hangers: When we last viewed the hero, at the end of a chapter, he was hanging from a cliff by a rope that was fraying. We’ll get back to that, perhaps in the next chapter or the one after the next chapter, so keep reading.

Resolution: Unless you are writing a series of novels and are willing to risk the displeasure of your readers, at least some of the conflicts in your story line need to be resolved, the reader given a sense of satisfaction with how it all turned out. The reasons it turned out that way should seem plausible by the end.
Recall I noted the value of a strong opening chapter. Make the reader wonder about the outcome of something you get them to care about. Sketch the setting and main character, giving a little background information, but making clear the issue to be resolved.
Best-selling novelist Lee Child advises: if you want to write a thriller, ask a question at the beginning and answer it at the end.

Excerpted from my recent book, Write Your Book with Me, available from amazon.com, bn.com, and its publisher Outskirts Press, in paperback and ebook formats at bargain prices. I help people write and publish their books.