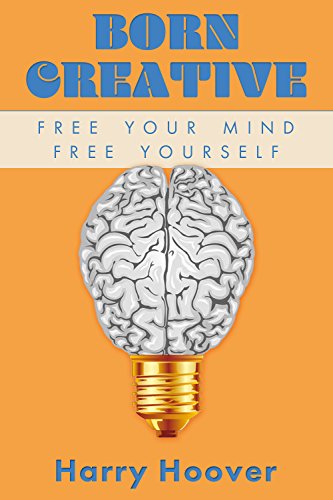 Recently, I reviewed an excellent book by Scott Barry Kaufman and Carolyn Gregoire, Wired to Create: Unraveling the Mysteries of the Creative Mind, which summarized ten habits research has revealed are typical of the creative mind, habits we can cultivate in ourselves to improve our own creativity: Imaginative Play, Passion, Daydreaming, Solitude, Intuition, Openness to Experience, Mindfulness, Sensitivity, Turning Adversity into Advantage, Thinking Differently.

Harry W. Hoover’s Born Creative maintains that we all are born creative, but some of us don’t believe we are, and so we aren’t. He cites a Harvard Business Review (HBR) study that found that those who think they are not creative, are not, and those who think they are creative, are. A skeptic could conclude the respondents simply correctly summarized their past experience, but Hoover would side with investor Henry Ford, credited with, “Whether you think you can or think you can’t, you’re right.” Ford’s implied urging toward positive thinking shares the same possible fallacy, but never mind: regardless of the degree to which we are innately creative, we can all do better, and Hoover’s little book aims to help us.

Hoover offers HBR’s five-question test to gauge our “creative mindset.” It asks yes/no questions about associational thinking, questioning, observing, idea networking, and experimenting. If you score, “not creative” don’t despair: you can change. Harry Hoover will help you. After all, some study found that the average adult thinks up two or three alternatives for “any given situation,” the average child thinks of 60. No wonder kids find so many ways to get into trouble!

Born Creative differs from Wired to Create in assuming that we are all pretty much creative, rather than just some of us, and that we can all learn to do better.

There’s a chapter here on how to beat self-doubt. Hoover was influenced by Michael Gelb’s How to Think Like Leonardo da Vinci, and material in that book and a comment by David Norris helped him realize that his time was more precious than his income, especially when he was spending a couple of hours a day commuting. He altered his career trajectory and now works from home. It took courage to make the change.

Chapter 3, “The ‘I Am' List,” has a clever exercise: Leaving the first entry blank, write down 30 things you are good at. When all done, put as #1 “I am really creative.” Read it morning and bedtime for 10 days. You’ll feel more creative. It is auto-suggestion, success by association.

Chapter 4, “A Fish Tale,” tells of a shark that died of starvation once mistakenly convinced it could no longer catch the live minnows fed it. If we think we cannot, we cannot.

Chapter 5, “How to Brainstorm,” emphasizes the need to keep pushing for more ideas, while shielding each participant from criticism. Crucial elements described are: proper preparation, skilled facilitator, generating without denigrating, suspending judgment, quantity not quality to start, going beyond reason, and piggybacking one idea on another. Capture the ideas in writing.

Chapter 6, “Creativity Exercises,” includes visual artistry suggestions that are far from my literary/numerical bent, and then goes into Mind-mapping, a useful method of depicting ideas so as to generate new connections.

Chapter 7, “SCAMMPERR for Creativity,” uses that nine-letter acronym to suggest the following approaches: Substitute, Combine, Adapt, Magnify, Modify, Put to another use, Eliminate, Rearrange, Reverse. Hoover explains each of these with examples.

Chapter 8, “A More Creative You,” starts by citing Nobelist chemist Linus Pauling to the effect that the best way to generate a good idea is to generate a lot of ideas.