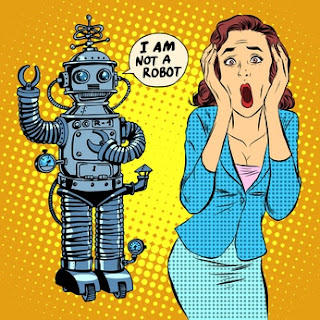 HISTORICAL FICTION: BLASTS FROM THE PAST – ACCURATE SETTING, FICTIONAL PEOPLE AND DIALOGUE

Historical fiction takes place in the past, which changes the setting for the characters and their interactions. You still need a strong story, but some of your readers will be reading partly for the information about the times and the places in which your characters are immersed. They want to feel they are being educated while they are being entertained. So, bone up on the period and places in which your story unfolds.

The tricky part is not getting things wrong. The dialogue cannot contain modern slang and other anachronisms, items from another period rather than the one you are dealing with. The battles must be in the right places with the right winners. The “news” of the time must be correct. Did they have indoor plumbing? Radio? Electricity? Trains? You get the idea.

Historical fiction seems to require less imagination and definitely more research than other genres, but you cannot get so bogged down in research that you stop writing the story. Readers don’t need all the historical details. Strike a balance.

As with other forms of fiction and for memoirs, the writer needs to make sure the reader knows the answers to the questions journalists pose for themselves: Who? What? When? Where? Why? How? Similarly, the stories need to start with something like headlines to alert the reader to what is coming: “The girls never forgot that day….”

SCIENCE FICTION AND FANTASY: WHAT COULD BE, MAY BE – MAKE US CARE, MAKE US SCARED?

Googling “how to write science fiction and fantasy” produced 8 million hits. The winner: novelist Orson Scott Card’s How to Write Science Fiction and Fantasy, the second print edition of which was published in 1991 and the Kindle ebook edition, which I bought for $5.75, published in 2015. It contains sound advice on his genres, followed by more about writing fiction in general. Here’s material from Card’s summary of the contents of his five chapters:

1.   The Infinite Boundary What is, and isn’t, science fiction and fantasy….and how SF and fantasy differ from one another.

2.   World Creation How to build, populate, and dramatize a credible, inviting world that readers will want to share with you….

3.   Story Construction Finding a character for an idea or developing ideas for a character to enact…. Should the viewpoint character be the main character? ….The MICE quotient: milieu, idea, character, event….
4.   Writing Well Keeping exposition in its place. Leading your reader into the strangeness, step by step. Piquing the reader’s interest….

5.   The Life and Business of Writing.
Card (2001) tells would-be authors, “…in many ways this is the best audience in the world to write for. They’re open-minded and intelligent. They want to think as well as dream. Above all, they want to be led into places that no one has ever visited before….”

So, get Orson Scott Card’s ebook…it’s a bargain.

On Writing Romance: How to Craft a Novel That Sells, by best-selling novelist Leigh Michaels (2007), is highly favorably reviewed on the amazon.com site, so who am I to disagree?

It will show you (the description says) how to:
·      Steer clear of clichés
·      Craft engaging and realistic heroes and heroines the readers will adore
·      Convincingly develop the central couple’s blossoming relationship
·      Add conflict by utilizing essential secondary characters like “the other woman”
·      Use tension and timing to make your love scenes sizzle with sensuality
·      Get your characters to happily-ever-after with an ending your readers will remember forever.

This is not a genre with which I have much familiarity, despite being a romantic myself.

Excerpted from my own magnum opus, Write Your Book with Me, published by Outskirts Press recently and available from OP and amazon.com, bn.com, and other online booksellers.

My writing-coaching-editing website is http://WriteYourBookWithMe.com.
Posted by Douglas Winslow Cooper, Ph.D. at 5:33 PM