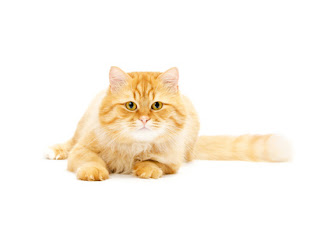 CHAPTER 3:      PUBLISH
Publishing a book is like stuffing a note into a bottle
and hurling it into the sea.
Margaret Atwood, novelist, essayist, poet

The publishing industry has changed radically in the past few decades, due to the Internet and Print-on-Demand technology. Lower costs allow many more titles to be put up for sale, though they are then easily lost from view.

“More nervous than a long-tailed cat in a room full of rocking chairs.”

That simile need not describe the modern would-be book author. The publishing world has been changing, giving newcomers greater opportunities for being published, but making it less likely that their books will have large audiences. Let me explain:

Imagine creating the following graph: list the books published in the preceding year from 1 to whatever, in the order of their sales for that year, and plot the sales against that rank ordering. The best-selling book’s sales would be plotted high, at position 1, the second-best-selling book’s sales, somewhat less, at the number 2 and so on. The curve would fall continuously, but would go on and on, reaching values just somewhat larger than or equal to one book that year.

This kind of curve is said to have a “long tail,” staying above zero much farther than most common mathematical curves would.  There were several hundred thousand new titles published 2010, I have read, and the expectation for 2012 was a million or so, with the advent of electronic book publishing (“ebooks”) and publishing on demand (“POD“) printing technology. A decade ago, far fewer new titles were published.

Economics and technology enable this explosion in the number of titles “in print,” where we consider those that are available as ebooks as being “in print,” whether or not anyone prints them on paper.

My magnificent 2011 opus, Ting and I: A Memoir of Love, Courage, and Devotion, recently ranked about one-millionth on the Amazon list of printed published books sold by them and about 250,000th among their Kindle ebook offerings. Imagine if a book store was to try to keep the top million sellers, so you could be sure to find mine there: at a half-inch (1/24th of a foot) thickness average per book, and only one book on the shelf per title, the shelf space needed would be (1/24th) x (one million)x(feet) = 42,000 feet, almost eight miles of shelf space. [Mine would be way down at the far end.] I have read that a typical book store carries only about 25,000 titles.

No sensible book store would try to carry the top 1 million best sellers, and my Ting and I would be doomed. With the Internet and Amazon and my publisher’s [Outskirts Press‘s] Print on Demand technology, my book has a chance to be seen on the Internet at amazon.com and bn.com etc. by people who would never have had that opportunity years ago.

This “long tail” situation allows economical production and electronic “storage” of far more books than ever before, giving the writer for a niche market a chance of being published and being read by his proper audience. The bestseller lists will rarely have such a title on them, but the book will be published, and its author will have a shot at reaching his intended readers. The costs for printing and storage will be relatively small, the profits per book possibly large, especially for ebooks, and the number of buyers largely dependent on the author’s ability to promote himself and his work, as well as on the quality of the book itself.

Thus, this long tail can be to our advantage. We will be published. Next, we have to promote ourselves and publicize our book.

Excerpted from my magnum opus, Write Your Book with Me, recently pubished by Outskirts Press and available from OP as well as from online booksellers like amazon.com and bn.com in paperback and ebook formats.